As Shopify prepares to pull support for specific API calls, deprecations are announced, and are communicated in API responses. (Learn more about Shopify's deprecation practices here.)

When a Mechanic task calls a deprecated API, our platform records the deprecation, and displays an alert within the Mechanic app interface:

Additional information is displayed within each task's details – and specific request details are revealed when the task's advanced settings are open: 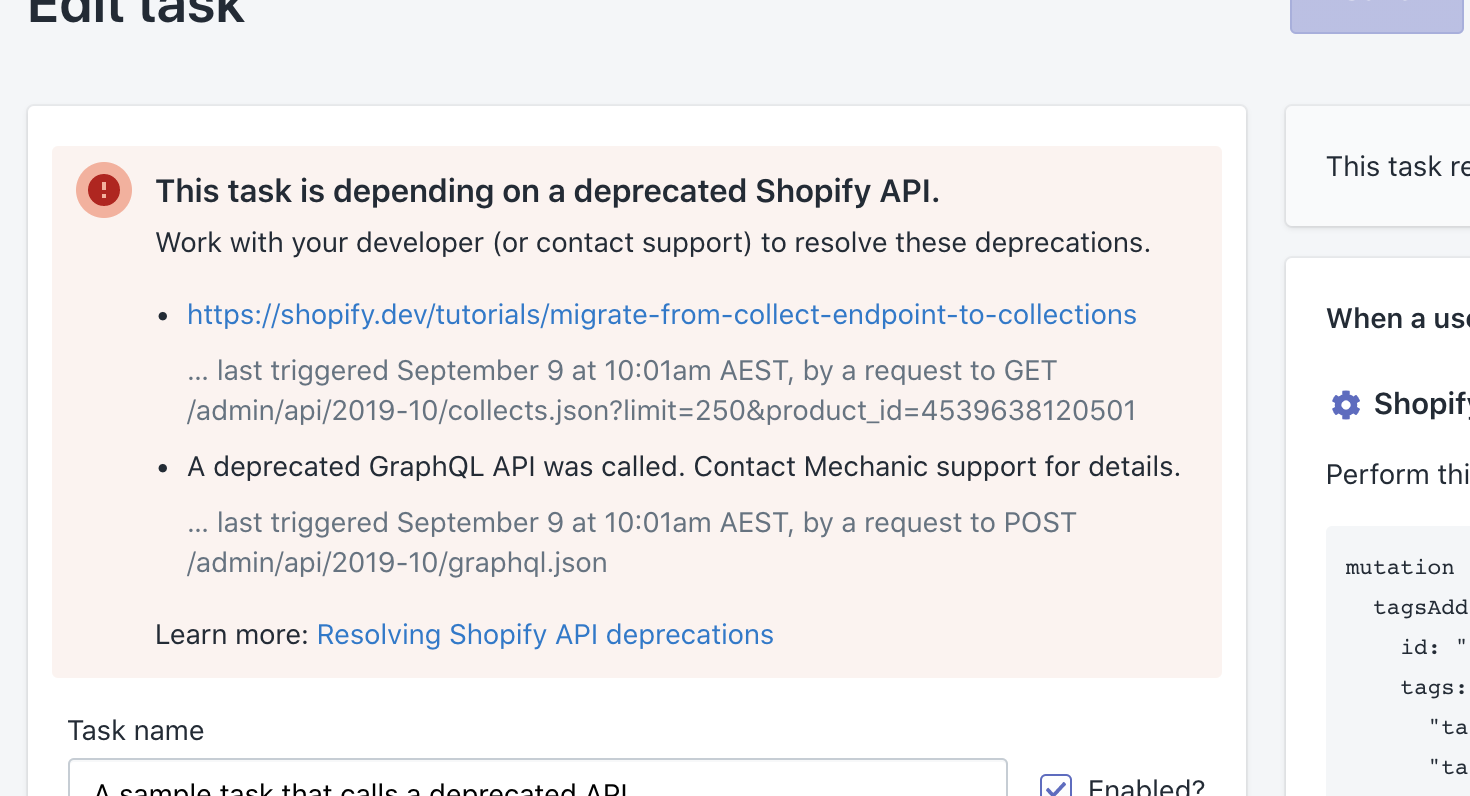 In some cases (as in the GraphQL example above), the deprecation warning may not include specific details about which deprecated API is in use. In these cases, contact Mechanic support.

Deprecation warnings can be dismissed by doing one of the following:

Did this answer your question? Thanks for the feedback There was a problem submitting your feedback. Please try again later.
Last updated on November 5, 2020